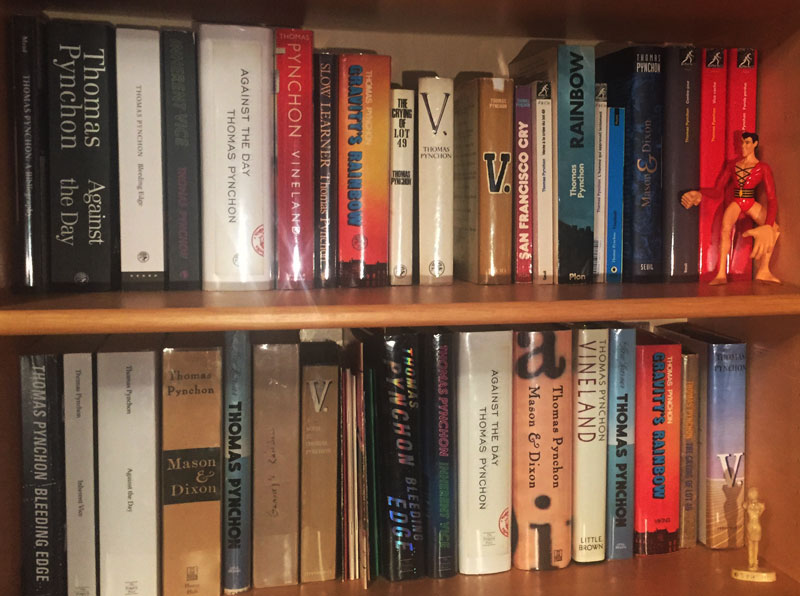 If only measured by his influence on our culture, Thomas Pynchon is an iconic writer. His name is known to many who have never read a word of serious literature, and “Pynchonesque” seems to have as many interpretations as the identity of the mysterious V. in his first novel, V. Pynchon’s earliest writings leapt onto the scene to accolades rarely given to a new author, and he was hailed as one of the bright stars of a new literary generation. His first novel was a winner of major national awards and his magnum opus, Gravity’s Rainbow, nearly won a Pulitzer Prize (more on this later). His subsequent efforts have not failed that early promise.

Pynchon’s novels feature dense, convoluted plots, with wide-ranging allusions to history, science, technology, mathematics, and popular culture. One does not just “crank out” works that offer such challenges and rewards to their readers. Indeed, Pynchon has produced just eight novels over the past fifty years. Fortunately for the collector, the existence of variant forms of his novels and of many associated publications can make collecting Pynchon a challenge worthy of that found in reading his books. 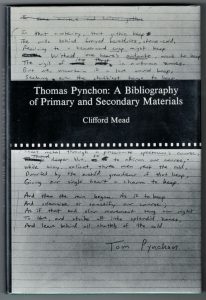 An essential reference for the Pynchon collector is Clifford Mead’s 1989 book, Thomas Pynchon: A Bibliography of Primary and Secondary Sources.[1] Although written 27 years ago, it remains the best description of the author’s early works. In addition, it includes the first appearance in book form of Pynchon’s juvenile writings. The presence of these contributions from young “Tom” to his high school newspaper makes Mead’s work a collectable Pynchon text as well as a bibliography. 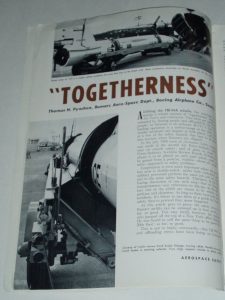 Notorious for keeping his personal information private, Pynchon can make Salinger look like a publicity hound. It is known that he studied at Cornell, and that Vladimir Nabokov was one of his professors. Prior to pursuing his career in literature, Pynchon served in the U.S. Navy and then worked at the aircraft company Boeing as a technical writer. The abundance of military and technical references in his books indicates how much these experiences informed his writing. Pynchon’s articles in Aerospace Safety and BOMARC Service News are not only informative, but fun to read, even given their highly technical content.[2] BOMARC Service News poses an interesting challenge for both the academic and the collector, since none of its articles are credited. Textual analysis has identified articles that can be credited to Pynchon with varying degrees of certainty and the magazine issues containing these are rare and quite collectable.